Sometimes a story gets stuck. That sucks, because we’re the ones who drove into the tree, but it happens. (This is not a post about that.)

When the story is fine but the writer is stuck, that’s different. That’s a mental thing, or an organization thing, or whatever, but if you are stuck and unhappy about it, here’s another method to re-engage your motivation.

BTW, if you have read my other piece about this and NOT tried EVERY solution offered, DO NOT complain that you are still stuck. You will miss 100% of the shots you don’t take.

First, don’t worry about “finishing” the story. That’s a thought too big for your unmotivated brain right now, like trying to swallow your whole Thanksgiving dinner in one bite.

Instead, let’s work in reverse.

How many chapters do you estimate you have to go to finish the story? I used about 1 chapter per plot point.

How long does it take to write a chapter? That depends, but you know and I don’t, for you. Using me, I’d say 3 days per chapter DEPENDING on if I have some plot points I have to work out or logic problems, etc.

In my fantasy romance story, The Water Castle, if Philip marries Gina and stays in Florida, he dies a year later in an Indian raid. If he doesn’t marry her and goes back to Spain, he lives. What was the option if he didn’t marry her and stayed in Florida? Oops. I guess I’d better make Spain mandatory. But then he’d live regardless. Oops. So he ONLY stays if he marries her, otherwise he has to go back. Staying is defiance. Okay. And she can’t go with him to Spain? Oops. Nope, I guess not.

See? All that thinking will stop the writing!

Anyway, if I have 6 plot points remaining (Philip has the meeting, Philip goes back to castle, Gina sees the book, Gina breaks up with Philip, Gina and her mom reconcile, Philip leaves, that’s about it.) 6 plot points. None of those is probably a whole chapter but let’s say they are.

6 “chapters” x 3000 words per chapter, at 2 chapters a week for normal speed = 3 weeks until I’m finished. (Again, your mileage may vary)

Okay, now I have to decide WHEN I’m going to write. (If you do not have a set writing time, there are ways to find time and schedule time HERE and HERE) For me, it’s usually 4am to 6am, plus 1 hour in the early evening and a few after dinner evenings, plus 3 hours on Sunday morning and 3 hours on Saturday afternoon, plus ALL DAY BLACK FRIDAY. Otherwise, whenever I can, since holidays mess things up. 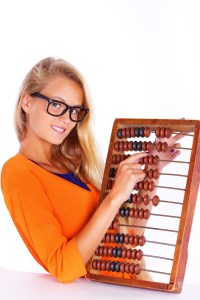 Yes, I can meet that January 7 deadline.

Now, if I finish before January 7, I will feel really good, but just knowing January 7 is when it’ll likely be finished, that’s GREAT. All I have to do is ensure I get my 2 hours in each morning.

Walk through that exercise for yourself. Be realistic, not ambitious. You’re not going to become SuperAuthor just because you wrote down some numbers.

Break down the numbers and have a weekly goal, with a daily estimate. A weekly goal might be 6,000 words but there will be days when I don’t write 1000. Maybe I’m rereading or reviewing – and my critique partners can usually tell when I haven’t. So I’ll go for a weekly goal but after 2 weeks if I’m only hitting 4000 words a week, guess what? REVISE THE DEADLINE or increase the weekly word production, or both.

Right now, you’re beating yourself. I’d adjust the deadline. If that means March 31 and I hate it being that far away, I’ll get motivated – but the idea is to have a system to get where you want to go because right now you are NOT getting there without a system right now, are you? The system you’re using ain’t getting it done!

Philip has the meeting,

Philip goes back to castle,

Gina breaks up with Philip,

Gina and her mom reconcile,

Then take your favorite one and tell in 1 paragraph what happens in that part, or why it’s your favorite. Just sum it up. A few sentences may be enough, but feel free to explain the intricacies or details you want to hit.

Then, do that for the other points.

Even if you wrote one paragraph for each of 6 plot points, you’d have written probably 1000 – 1500 words, and probably re-sparked your interest in your story. I defy you to write 1000 words on a story you love and NOT get restarted on it. But if you don’t, then set it aside and start something new. Maybe short stories or Flash Fiction challenges.

Me, I’d FORCE myself to write if I had to. I have written and discarded tens of thousands of words for The Water Castle. There have been a few strolls down interesting paths before the big ending that were later discarded. There was supposed to be a big dragon chase that evaporated. It’s all clay until it’s baked into a pot.

But if the story has left you, it’s okay to dance with a new story – as long as you don’t marry the new story. You don’t need 20 stories lying around that are half finished (and if you DO have 20 half-finished stories laying around, consider partnering up with others to finish them. Co-authors. Give ‘em your outline and notes and publish the thing, then split the royalties.)

They say if you have to wait for a muse, you’re a not a writer, you’re a waiter. Do you want that? How does that feel, to say that about yourself? You don’t want that.

That’s why Hemingway said bite the nail every day and write. (Although he did shoot himself.) Sometimes it’s work. Build those writer muscles so next time it’ll be easier! You are not a quitter!

I think breaking it down this way will help you see what you want to work on. You know what happens in the story; you just need to get it down. Also, as the end gets close, it’s hard to finish, so don’t let that get in the way. Finishing is difficult the first few times. You’ll be sitting there wondering if you tied up all the loose ends. Don’t. Just finish it. THEN worry about that stuff. Because clay. You can add to your story or change it. You can’t edit a blank page.

Write SOMETHING EVERY DAY, or even just reread a favorite part of the story. Do these exercises. Pretty soon the old fun feeling will be back.

And you’ll be writing again!

If YOU have ever been stuck, what worked for you? Tell us!

Got a QUESTION? ASK IT! Hit the Contact Me button and I’ll see what I can do. (I have lots of smart friends.)

Dan Alatorre is the author of several bestsellers and the hilarious upcoming novel “Poggibonsi: an italian misadventure.” Click HERE to check out his other works.

17 thoughts on “Still Stuck? How To Unstick Your Unmotivated Writer’s Brain And WRITE”