The latest in Jett Thacker psychological thriller series is here! Killer In The Dark.

Garb your copy now, in ebook, paperback or hard cover.

WHAT’S LURKING IN THE WOODS?

A young woman dies in a brutal nighttime attack, and all signs indicate her killer was a Florida panther – an endangered species that hasn’t killed a human in more than 70 years.

When a second attack occurs in the same manner, the locals go into an uproar.

News of the killer panther will ruin the tourist season and devastate their businesses. Parents won’t let their kids play in the backyard.

But only 150 of the elusive panthers exist in the entire state, so they probably can’t really be responsible for the deaths…

The teeth and claw marks on the bodies are irrefutable.

A third attack puts police authorities at odds with conservationists. The deaths occurred on national park territory, so it falls to Ranger Mara Teery to run the complex investigation. Together with brash investigative TV reporter Jett Thacker and a wily game hunter, the unlikely trio is determined to stop the series of gruesome killings.

Is it actually a rogue Florida panther on a bloodthirsty rampage, a setup by a radical conservationist, a blackmail scheme against a local big cat zoo – or something far darker?

Perfect second book. 5 STARS.
I couldn’t put it down and read it in one day.
– J Youngs Reviews, GoodReads

5 STARS A page-turning thriller that takes off in the opening pages & never lets up! A pedal-to-the-metal, hair-raising, spine-tingling thriller! – Roger Fauble Review

That ending was totally unexpected.
I really enjoyed the narrative, the storyline was superb, the characters well documented. Excellent. Readers (yes including me, especially me!) will look forward to reading the next book.
– J. Dickinson Reviews

There was no way I could stop reading
This book is bringing out a lot of strong emotional reactions from me (that’s a good thing!).
– C. Nevins Reviews

As an Amazon Associate I earn $$$ from qualifying purchases if you click these links. Show me the money! #CommissionEarned

A TICKING TIME BOMB WITH THEIR DAUGHTER AS THE HOSTAGE

A mysterious package is delivered to Hamilton DeShear and Jaden Trinn – by a driver who then brutally commits suicide on their property.

The box contains a message from Dr. Marcus Hauser, who everyone is certain is dead: When the couple’s adopted young daughter was in Hauser’s custody, an explosive device was implanted in her head. It will detonate in 72 hours and kill her – unless DeShear comes to a secret location.

The obvious trap will deliver DeShear to Angelus Genetics, a criminal enterprise the couple shut down, but they can’t risk their young daughter’s life.

Dr. Hauser’s lost artificial intelligence program might be the key to subverting his plan – if Trinn can find it in time. The one person who can operate it is 4,000 miles away, locked up in prison, and swore to kill her.

ORDER YOUR COPY NOW SO IT DOWNLOADS IMMEDIATELY TO YOUR DEVICE!

As an Amazon Associate I earn $$$ from qualifying purchases if you click these links. Show me the money! #CommissionEarned

The latest in the Carly-Sergio DOUBLE BLIND thriller series is here! THIRD DEGREE

A fire has no conscience. Neither does a serial firebomber.

Tampa detectives Carly Sanderson and Sergio Martin agree to join a newly-formed, multi-state task force and immediately find themselves navigating between the Georgia backwoods and the Atlanta social scene in pursuit of a serial firebomber. A ruthless maniac who apparently enjoys having random victims suffer before they die, only the killer knows how the targets are related – if they are at all. A combination of Carly’s by-the-book police work and Sergio’s willingness to bend rules to the breaking point might catch the killer and end the reign of fear Atlanta is enduring, but with so many people unwilling to cooperate, the detectives wonder if something else may be at work.

The twists and turns of the plot keep you guessing until the end in this fast-paced psycho-thriller. An excellent reading choice for anyone who likes crime thrillers.
– J Young Reviews

Wow! Great book.
Very intense at times with a very exciting ending. I can’t wait to see what Carly and Sergio do next.
– Kandy’s Reviews, GoodReads

ORDER YOUR COPY NOW SO IT DOWNLOADS IMMEDIATELY TO YOUR DEVICE!

Over at GoodReads, Whitney messaged me to see if I could post a printable list of my books.

Seemed like a reasonable request. You could copy-paste this for starters; how’s that? (All of these are on Amazon, most are on GoodReads somewhere. and almost all are available as audio books)

COMING OUT ON VELLA:
The Water Castle, a time portal romance

That’s most of them, Whitney! Hope that helps!

My medical thriller The Gamma Sequence gets reviewed at Sunny Island Breezes blog. Check it out.

I don’t know where to start. This is one of those books a person just can’t put down.

It’s fast paced with lots of action. Lanaya Kim tricks Hamilton DeShear into going with her to track down a killer who is targeting a list of people from Angelus Genetics who gave him both life and death. She’s on that list.

As they race around the country hiding but still getting shot at, they are trying to find the Greyhound and stop the murder of all the people who worked on the Gamma Sequence. In the end, they have to take down Angelus Genetics. 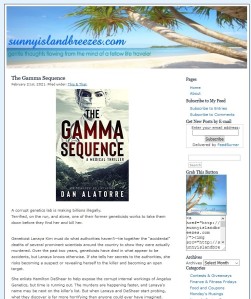 Another winner, I think (but I may be biased).

Wings & Fire, the newest horror anthology in the Box Under The Bed series, compiled by Dan Alatorre, is currently available for pre-order and will be published on the 15th of January.

I am delighted to say that I have three short stories in this anthology and they are all different. One is a dystopian story about our not-to-distant world deeply in the throws of climate change and the Fourth Industrial Revolution (my first sci-fi or cli-fi story), one is about a farm murder (horror story), and the last one is about the destruction of the pink and white terraces in New Zealand in 1886 (a historical paranormal story).

5 Stars for The Keepers!

Hank DeShear is a private detective that has endured tragedy in his past, now he has the responsibility of a 5-year girl, Constantine, that is very special and very sought after. He will do anything to keep her safe and protected, but when he is double-crossed by boat captain, his whole world could implode and he could lose everything, the woman he loves, the little girl he has vowed to protect, and even his freedom, or his life.

Jaden Trinn is a US Agent for a special group. She’s also the woman that Hank DeShear loves. She is just as determined to protect and keep Constantine safe as Hank is, but a leisurely boat and fishing trip will turn very dangerous and memorable for this group. Jaden will have to fight for her life on more than one occasion to get back to Hank and Constantine. 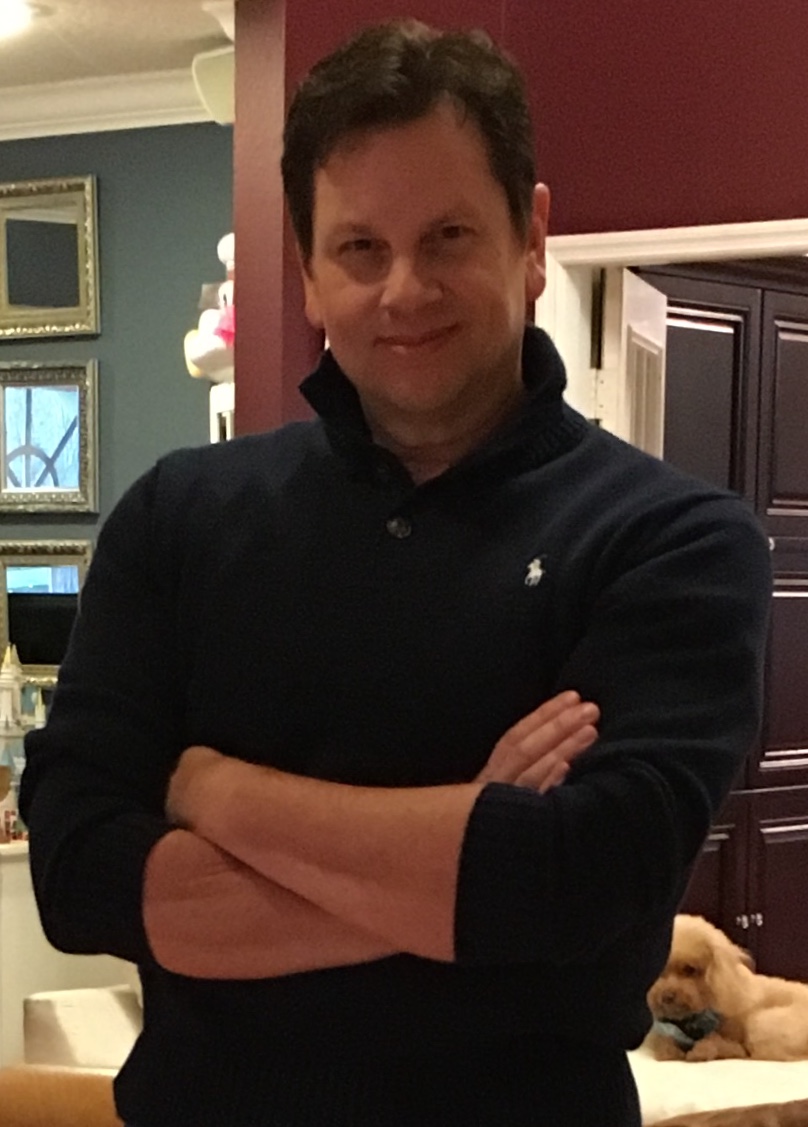 What is a good example of an emotionally driven challenge in a story you liked?

Reply and let me know.

Could be a book or movie, whatever, but explain a little about the challenge and the character that undertook it, and why it stood out to you.

We all have our faves. I’m curious about an emotional challenge in a story that you thought was good.

Let’s see what ya got.