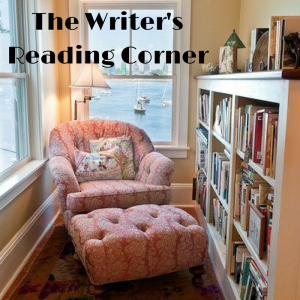 I have a new murder mystery coming out

and I need some help with the tag line and blurb (the book’s back cover description).

YOUR INPUT COULD BE CRITICAL!

Tell me which of the following tag lines you prefer, and then which blurb. Then feel free to offer your own suggestions.

A). A deranged killer panics a city by brutally attacking seven victims in fourteen days—and then goes after the detectives hunting him. 22 words

B.) The detectives hunting the serial killer want to stop his rampage. So he sets his sights on them. 18 words

A.) A lone trucker is ambushed, shot, and then brutally stabbed to death in a Tampa warehouse, creating a crime scene so bloody it looks like something from a horror movie. Detectives Martin and Sanderson begin searching for a madman with a uniquely sick style of killing, when a jogger is murdered nearby in the same gruesome manner—and the hunt is on for a crazed serial killer. Five more of the violent attacks happen within a week, launching the entire city into a panic. The mayor agrees to throw all the city’s resources into halting the bloody rampage, but things may already be spiraling out of control. Detectives Martin and Sanderson frantically work around the clock to find their murderer and stop the carnage, but they don’t know the serial killer has decided to take his game to the next level—by making them his next victims. 148 words

B.) A lone trucker is ambushed, shot, and brutally stabbed. A tourist meets the same fate while out for a jog. Facing two crime scenes that could have been in a horror movie, Detectives Martin and Sanderson search for the crazed serial killer. When five more attacks happen in a week, launching the entire city into a panic, the mayor throws all of the city’s resources into stopping the rampage. But while the detectives work around the clock, they don’t know the killer has upped the game—by making them his next targets. 92 words

Please tell me your choices below in the comment section!

Want to be a beta reader for this thrilling murder mystery? Contact me and I’ll add you to the list.

I’ll need beta readers to read my amazing new story and point out typos or other errors like plot holes and timeline mistakes – anything a regular reader would be upset about.

Beta readers will get an advance copy of the manuscript sometime in September, will have about two weeks to read it and send back comments, and will be asked – but not required – to purchase the 99 cent anthology Death and Damages in which my book occurs, then post a review on Amazon.

There are more than 20 complete books in the Death and Damages anthology, one of which is mine, so it’s a real value, but you’ll also be helping me a ton!

28 thoughts on “Help me with a Blurb and Tag Line for my new murder mystery novel! Vote now!”