I know there have been a few books and movies about a purge, where society gets rid of their undesirables or whatever. This was not that.
Although…

So what is the purge in Dan parlance? In DanSpeak?

When I am putting together a book, when I’m starting to think about how this would be a neat idea for a scene or that would be a neat idea for a plot, I dash off a quick note to myself and I throw it in a folder on my computer. By the time I sit down to make the outline – I like to use outlines so I know where the heck the story is going; that way I get there – I have lots of story prompts. Ideas to write for scenes or dialogs or subplots.

One idea might be, “Oh, the killer turns out to be the Butler.”

The next one might be, “No wait it’s the maid!”

Many, many times they are ideas that are dialogue, created to flesh out a complicated plot point. (You can have two characters summarize something pretty quickly in dialogue. That makes for a good conversation to read but it doesn’t necessarily make for a good story to read.)

I will also want to throw in some “red herrings.”

Suppose I’ve got you thinking we are looking for the killer the whole time, and suddenly the butler shows up with blood on his hands! We are all thinking: maybe he did it.

But really, he was… I don’t know, butchering a hog for dinner, and in fact the maid had blood on her hands, too! She was actually killing the wealthy billionaire whose house they all live in. (I don’t know. I don’t write stories like that. Not really. Maybe a little.)

Anyway, the red herring is where you make the reader think the bad guy is one person and then you get later to expose that it’s not that person.

I can’t tell you how much FUN writing red herrings is.
Red herrings are a blast.

There are several in Primary Target, the 2nd book in my wildly popular Double Blind series – maybe. If I told you, they wouldn’t be red herrings anymore! 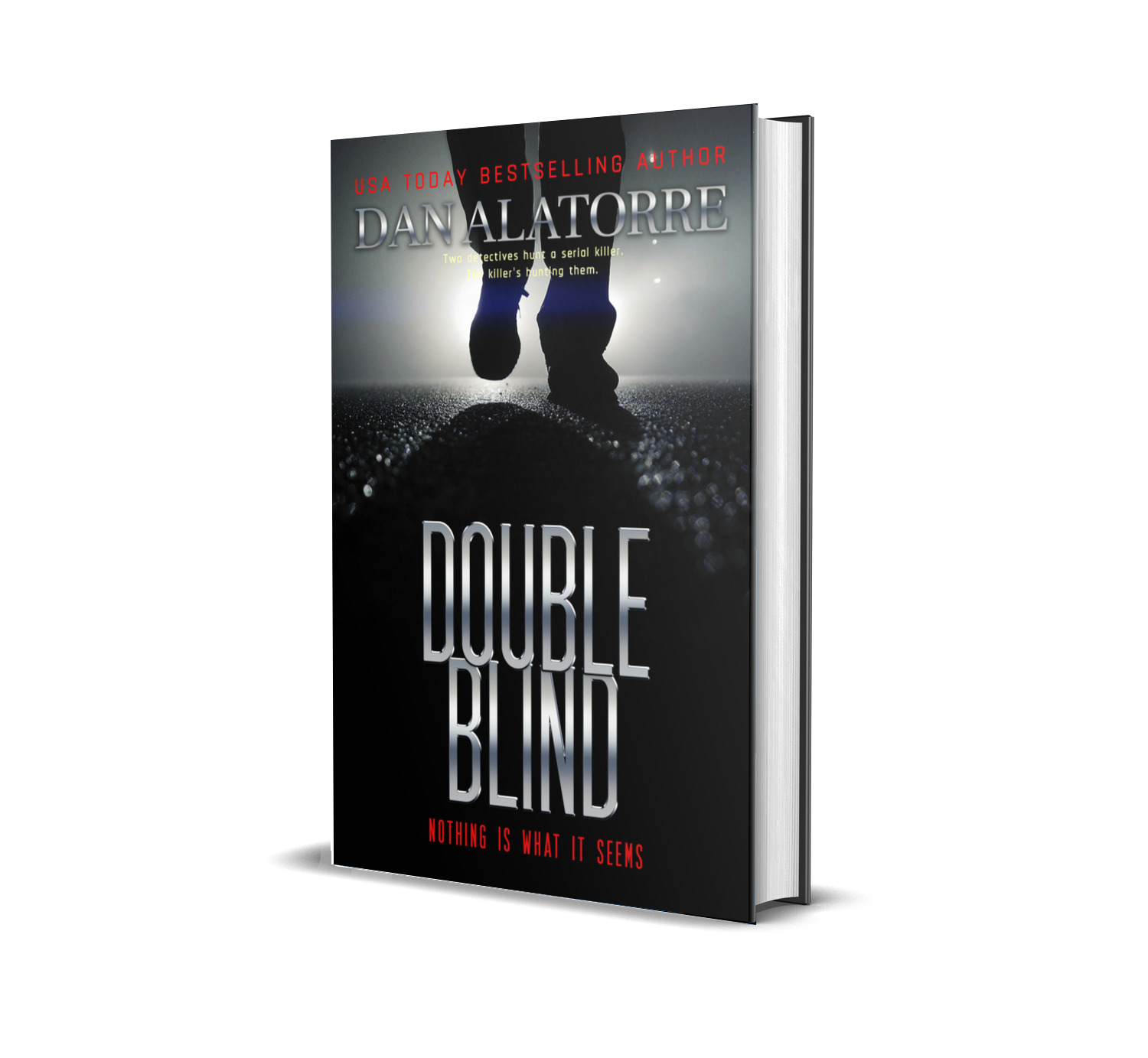 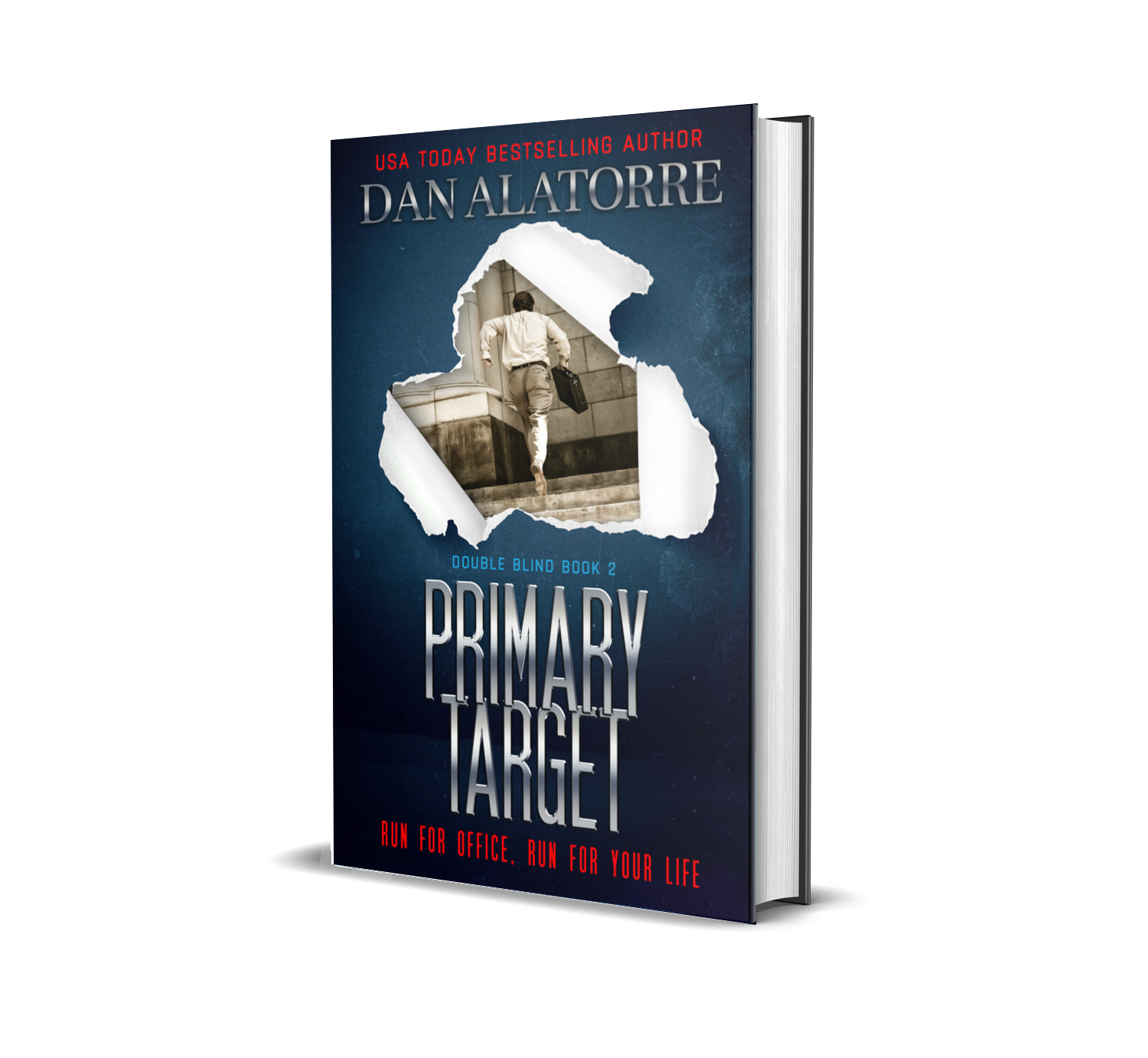 So all these ideas get thrown into a folder. And then I start numbering them. I say, well, this will be chapter 1; this idea would be chapter 2… and then I have these other miscellaneous things like, Here’s how this type of gun works and That’s not really an idea, that’s more like research.

And as you might guess, or maybe you wouldn’t guess this… Well, let me back up.

I guess I should explain, and say not every idea that goes in the folder turns out to be one that I can use in the story. Or could use it all. Or should use.

Probably, the maid can’t do both. So of those two conflicting ideas, one gets chosen and one gets purged.

And some other stuff that gets purged is research information, like “What if they all fly to Spain” and then I have some information on Spain. I keep it for a while, and when I decide I don’t need it, purge! Or the description of a character that I ended up not using. Purge!

Some of the stuff from the purge is a good idea that’s just not gonna be used in this book. That stuff goes into an idea folder of things I should look at writing down the road. Other times, I’m like, that’s a good scene for this character but not in this book – so I will stick it in the folder for the next book, and maybe I can use it there. Maybe it’ll be the one after that.

But – and this is probably the scary part for a lot of people – there might be 50 or 60 ideas in my story folder, and probably 30 or 40 got purged today.

Again, doesn’t mean they were bad ideas. It just means I don’t need them or it’s too late in the plot to introduce something new or whatever.

And so, the purge.

Once the purge gets done, what’s left? A handful of bullet points that need to be addressed before “The End.”

And then a few little scenes that make everything tied up with a satisfying little bow at the end.

Maybe one or two little hooks baited so you click over to preorder the next book in the series.

All said, there are 20 remaining things to address – five are main story points and the rest are little pieces that help wrap those five main ones up.

I’d say more but I don’t want to give anything away.

But suffice it to say once the purge happens, we are in the home stretch – and probably no more than 30 days away from requesting beta readers. In fact, For Primary Target, my goal is to have it done before October 1.

Will I make it? Not if I keep writing this instead of that! So stay tuned!

That’s it for now. Talk soon!

7 thoughts on “The Purge”