Go to GoodReads and LIKE this review of Double Blind (part of the Death and Damages anthology) by “Dianne.”

Click HERE  (You may have to scroll down a little, and it’s under Death and Damages)

In a deadly game of cat and mouse, two detectives are determined to bring down a ruthless and twisted serial killer, while at the same time, the killer is cleverly reeling them in to become his next trophies. How does he know their moves and stay one step ahead of them? Innocents are dying and the M.O. is the same, bloody, brutal and showy, as if he is taunting them. Will they bring him down before he gets to them? The death toll is rising and the clock is ticking…

as Detectives Carly Sanderson and Sergio Martin race against time to piece together each gruesome clue, knowing they are missing that one vital piece that will lead them to their killer, meanwhile he is closer than they think…

Dan Alatorre’s writing is bold, his descriptions are detailed and from the horrific crime scenes to the frustration levels of the detectives.

I could see it and feel it.

Not for the faint of heart,

this crime thriller is a potent example of the talent of this author to pull his readers into his story and believe.

Can’t forget to mention this, WHAT AN ENDING! 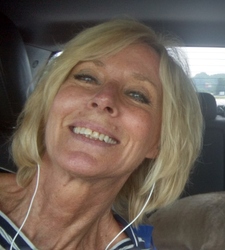 ’m definitely going to check out more from Dan Alatorre, his ability to create characters that are human, tension that skyrockets and a sense of urgency throughout is magnetic!

I received a complimentary ARC edition of DOUBLE BLIND from Dan Alatorre!

2 thoughts on “Can’t forget to mention this, WHAT AN ENDING! ”