But first, a shameless plug for my writing contest

From time to time we like to feature other authors here on the blog, to shed light on their author journey.

Today we have friend of the blog and fellow scary anthology co-author, Curtis Bausse.

Pull up a chair.

Dan: What is the working title of your next book?

Curtis Bausse: Perfume Island. Well, it’s definitive now. Which is just as well given that it’s due out on 15th November.

Where did the idea come from for the book?

I lived in Mayotte, a tiny island in the Indian Ocean, for two years. It’s a part of France 50 miles from Comoros, one of the poorest countries in the world. So the situation is tense, to put it mildly. I knew there had to be a story in there, and probably one that Magali Rousseau, my recently qualified Private Investigator, would get mixed up in. And

sure enough, as soon as she got there, she landed in the story with a bang.

Well, actually, no, because it wasn’t a gun, just a young girl hit by a car.

Driven, unfortunately, by Magali’s friend and lover, Charlotte. The question is, why did the girl run out into the road like that? As Magali seeks an answer, she delves deeper, at the risk of her own life, into the disturbing reality of Mayotte.

What’s something most readers would never guess about you?

I’m a closet petrol head. When I was a boy in Wales, a formula one racing driver, Innes Ireland (who, as any petrol head knows, was Jim Clark’s teammate with Lotus in the 1960s) lived not far away. He occasionally came to the house, so naturally became my hero. These days, I take less interest in cars. Though come to think of it, I still wouldn’t mind an Aston Martin.

What’s the oddest research you’ve had to do?

Visiting the morgue in Mamoudzou, the main town in Mayotte. What happened in the morgue is a key plot element in Perfume Island, so I wanted to make sure I’d got it right. I made a couple of phone calls and was given a guided tour. It’s very tiny – only room for a couple of bodies (which I didn’t actually ask to see), so after that, they’re taken to private operators. I’d already written the scene before going, so this was just to check. The only thing I altered was the key to get in, which is in fact a swipe card.

Long and winding. Partly my fault, as The Sally Effect, the literary novel over which I laboured for twenty-odd years, was, I admit, rather difficult to read. The agents I sent it to said, ‘Love the writing but, um… Maybe get rid of 29 of the characters and reduce it to just the one volume, preferably slim?’ It did eventually get published but then the publisher went bust. (I like to think that’s not a relation of cause and effect.) I intend to return to it one day, but in the meantime, Magali has arrived. The first in the series, One Green Bottle, was accepted by a small publisher in 2015. He didn’t go bust but under his auspices, the launch of Perfume Island was heading nowhere so I took back the rights and have been self-publishing since. A steep learning curve, but the benefits are beginning to show.

How many story ideas are in your “good ideas” file? What are some of them? 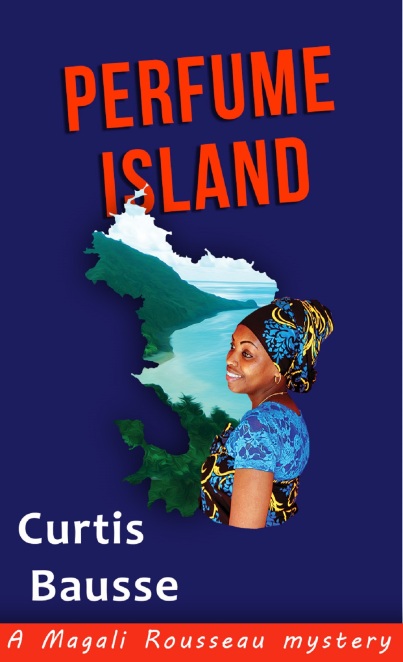 74 at the last count. Each time I add one, the age I must live to if I’m to write them all goes up. Currently, I can’t die till I’m 96. So it’s a good way of prolonging life expectancy. Though inevitably, I’ll pop off when I’m in the middle of the best one ever.

“Having ideas is fine, of course, but not much use if they don’t get written.”

But sometimes they do – The Right Place, my contribution to Dan’s anthology, The Box Under The Bed, came out of there. I’d noted it some time before, but it wasn’t at the top of the list till I saw the call for submissions. So it’s always worth noting ideas – you might end up in a magnificent anthology!

Do you hate cats?

No, but I don’t encourage them either. We always had cats when I was a boy, but they weren’t allowed in the house, which is our rule now for all the strays that wander round our garden. Recently, one had kittens not far away, but we persuaded them not to set up home in the tool shed. I shouldn’t really say that, of course, as the editor of Cat Tales. That’s the first Book a Break Anthology, which came out last year, the result of a competition I run. This year’s, With Our Eyes Open, came out last month. The theme was a journey, and I was blown away by the quality of the submissions. The announcement for next year’s competition will be coming soon, so keep your eyes open!

In a story we are often asked to create images for the reader that we may not have experienced ourselves. When have you had to do that?

I haven’t yet taken the psychopath test, but

“I’m pretty sure I’m not a serial killer.”

But two thirds in, there’s a POV switch in One Green Bottle from Magali to the killer. The more I wrote it, the more I began to imagine the character’s mindset. Even after the book came out, it was difficult not to keep wondering, so I went back and added some bonus material to go a bit more deeply. And there’s an essay on serial killers in Making a Murder, which explains some of the ingredients that went into One Green Bottle. The word essay makes it sound rather serious, but in fact they’re very light-hearted, even (on the whole) the one about serial killers. Here is a link to a free copy, so if you fancy a mix of humour, philosophy and autobiography, go for it!

Curtis, thanks so much for dropping by!

Gang, take advantage of this terrific offer from our friend Curtis!