Every once in a while, I will let you know about a good deal that’s going on. Typically, these are a really good deal for you if you’re a book lover.

But I don’t tell you about every deal I see.

This one is specifically a box set of awesome medical thrillers, and that’s why I’m in it. The Gamma Sequence features a geneticist who is trying to prove that recent accidental deaths of some of her former colleague are actually murders.

Now, when I put a book of mine in a box set and tell you about it, that doesn’t mean I think you’re gonna love every single book in the set. But it’s usually a really good offer overall. You either check it out and participate or you don’t. But I thought this was a good offer so I’m letting you know about it. So that’s that.

A lot of you enjoyed The Gamma Sequence. Well it’s now in the box set FRACTURED. This set is by some great friends. Judith and Fiona are in there, Jennifer… a few others. Check this out:

Judith is one of my favorite author friends. She writes good stuff, and she writes a LOT of it. You’ll love this one.

Fiona is good friends with Judith, and I’ve known her quite a while now but I’ve only gotten to be friends with her fairly recently. She also writes a ton of books and they’re really good AND a lot of them are interrelated. Some of the same characters appear in different story lines. (I do that a little but I never really mentioned it. She says I should, so I’ll lay it all out for you one of these days.)

THIS is my favorite book by Jenifer. I mean, just the title alone makes you wonder what’s going on inside that book, and it has this great character, Beth, that I really liked. I’ve known Jenifer for about four years, I think. She and I edit for each other, so I read TNK quite a while ago, but it’s really good. ALL her books are good, but THIS one is my favorite. Honest. And as an added plus, I edited it, so there’s that. You’re sure to like it.

Well, what can I say? This is the best book I ever wrote until I wrote its sequel. (Both of which were topped by the third book in the trilogy.) You should get this set just for this book alone. If you read and enjoyed the Gamma Sequence, you can leave a review on Fractured – you’re allowed to leave a review on just the books in the set that you’ve read.

Suzanne is a friend, too. She’s really nice. I ask her questions all the time. And she is a super hard worker. She is always marketing, which most authors hate to do, and passing along helpful tips. Suzanne is great. You’ll love her stuff.

I know Tamara from a box set I was in before with her. Good stuff. Solid. You’ll enjoy this story.

In The Dark – Chris Patchell

Same with Chris. We were in a box set together last year, I think. Chris is a good writer.

And Robert. You can see why I’m in this set. I’ve worked with a lot of these authors in the past.

I love Audrey’s stuff. She is terrific. Great person, great writer. Jenifer really likes Audrey’s stuff, too. Audrey lives out west in rainy world, but she is a fun person and she writes good stories. You should definitely check her story out.

with my personal endorsement on almost every story in the FRACTURED set,

you know this thing’s a really good deal.

First of all, if you like my stuff, then every once a while I want to tell you about something I’m participating in. Maybe you take advantage of the offer, maybe you don’t.

If you are a real book-o-phile or book enthusiast, and you read a ton, these things are really good deals because you’re getting lots and lots of books.

Again, if that type of thing doesn’t interest you, no big deal.

Let’s talk about painting and bunnies.

I got my daughter a bunny for her birthday. 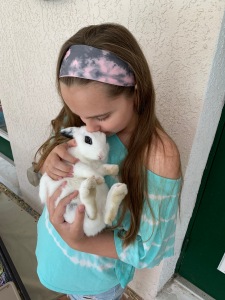 And as it turned out, I was informed you shouldn’t really buy just one bunny because they are pack animals or whatever, so we ended up getting two.

Yep, I love my kid = I’m a sucker sometimes.

I didn’t even want a bunny, really; we have a dog. That was pretty good with me. But nonetheless, she asked for one and she’s a good kid and she’s pretty responsible and she didn’t ask for almost anything else… and she asked for the bunny a lot…

Stop looking at me. I SAID I was a sucker.

She’s been great with them since we got them. That was the deal: SHE was going to have to take care of them. We made that very specific because a few years ago she got a baby chicken. Sparkle was a cute little chick. She was adorable. But my daughter only did about half of the work required for the new pet. So I was always out there cleaning up the miniature chicken coop we put next to our pool. And don’t get me wrong, I liked Sparkle a lot, but it was supposed to be her pet. I have plenty of stuff to do. I wasn’t looking for more things to do.

Anyway, we explained that she didn’t do a great job of taking care of that pet. (No, it did not become Sunday dinner. It went to Grandma’s. Grandma has a farm and, like, 20 other chickens, so after about five months, Sparkle went there.)

But now my daughter is a few years older, so I figured she’d do okay with a bunny. Bunnies.

Plus, what the heck. Your kid wants a pet? Why not? She wanted a bunny, and she asked for one. And she asked a lot. Last year, when she was in third grade, they had several bunnies in their classroom. Most of the time the bunnies were in cages, but the kids got to walk them and let them run around the classroom and stuff while they were in school.

The kids had to take care of them, which I thought was pretty cool, so I figured she knew what she was doing.

So we have two bunnies and on Monday we will be getting yet another little bunny pen so they can enjoy their time on the pool deck in a more organized format.

We started out with one cage – outside. Eventually, I decided they needed more room to stretch their legs, so I made them a little pen with old baby gates and some PVC pipes and some netting. Yes, we had all that stuff around the house. Then it got to be summertime in full force, and I thought it wouldn’t be a bad idea for the bun buns (don’t ask) to have a second cage inside, so that they wouldn’t cook in the middle of the day.

“Bun buns” is what we call them sometimes. My daughter started it. It kinda caught on. (You come downstairs in the morning and the bunnies are happy to see you; you say, “Hi, bun buns!” It’s that simple.)

And all of that evolved into we’re buying them an official 10’ x 10’ bunny pen that arrives Monday. But it has a gate, so we get to go in it, too. Makes for easy cleaning (for my daughter) and we can also leave the gate open to let the bunnies “escape” periodically and run around the pool. They seem to get a kick out of that.

My daughter also likes to paint. We are currently working on some bunny paintings. Stay tuned for that. (Yes, I spoil her. Sue me.) The idea is, paint a bunch of stuff, hold an art show at the end of the summer, and sell it all for $$$. I expect bunny paintings to sell well. 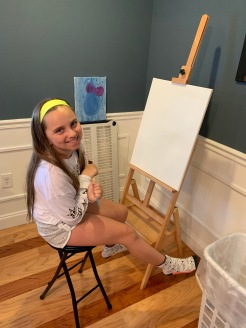 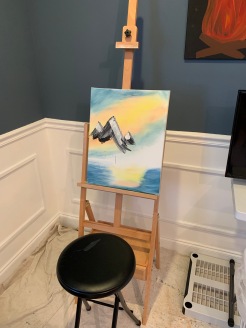 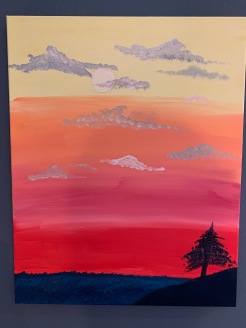 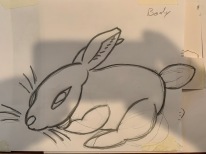 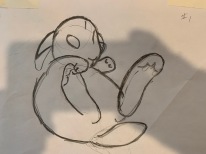 Why is all this important?

But when you’re sitting around looking for new books to check out, whether you are relaxing by the pool or by the bunny cage or on the couch, these two offers might be something for you to consider. Especially the Fractured box set. Lots of good stories in there. I give it two thumbs up.

If you have any thoughts on pets, reply and let me know!

We had a dog, then a chicken, and now two bunnies. I guess we’re doing okay.

One thought on “Book Deals and Bunnies”