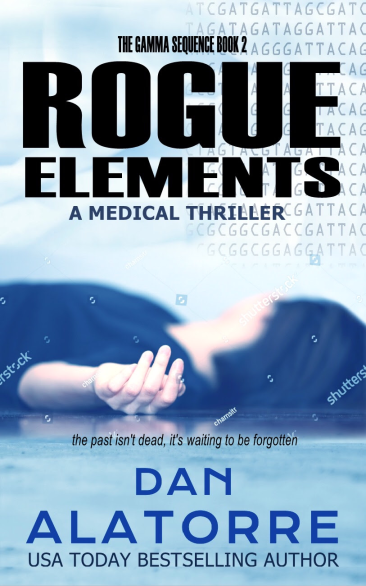 After completing the biggest case of his career, private detective Hank DeShear returns home to start treatment for a disabling genetic condition that could end his life, but he learns his partner on the prior case has just been murdered. Was he wrong to conclude the secretive killer known as The Greyhound had declared a truce? Or have disciples of The Greyhound surfaced to carry on with the murders?

DeShear is able to attach himself to an overseas goodwill mission headed by the U. S. Vice President, enabling him to pursue leads in foreign hospitals he thinks could be offshoots of Angelus Genetics’ illegal organ harvesting programs and human trafficking operations. Determined to pursue the truth wherever it leads, DeShear must also keep a low profile so he doesn’t become the next murder victim—but the onset of his debilitating condition may kill DeShear before the murderer gets a chance.

By September 19, 2019 I had written roughly 15 chapters and 35,000 words, trying to not “tire” myself the way I did the first time, but also realizing that I had a good start but wasn’t satisfied with a book 2 ending that felt complete and standalone yet offered a smooth segue into a book 3.

That didn’t happen, but I did finish at 1am on October 4, roughly 47 days after starting.

Ideally, I will finish book 2 and go right on to book 3 without a break. (The story is expected to end there.) But while I am trying to write book 2 quickly, I will take a more relaxed pace to book 3, writing in free days and weekends, and not squeezing it in every chance I get. Book one was written at a frenzied pace that made me grouchy. I wanted to avoid that with book 2, but I was skipping workouts to get it done in time. Book 3 will be put into a schedule that allows me to spend time with family, work out, and still write.