Yeah, you may have already known that I’m heading to the U. K. so me and fellow author Lucy Brazier (PorterGirl) can host a celebrity bash at The Eagle pub on Saturday June 10, 2017 – and you’re all invited!

I don’t leave home for a few days, but in anticipation of the trip across the pond, I’m gonna have posts by guest bloggers.

Hey, come on, I don’t want to ruin the suspense…

Okay, here are some hints.

Some of the Word Weaver Writing Contest winners have completed their profiles, so they’ll be here. Also, some of my amazing author friends have been asked to do guest blog posts. Oh, and some of you were owed guest blog posts from like a long time ago…

What can I say? I got busy.

Time to catch up. 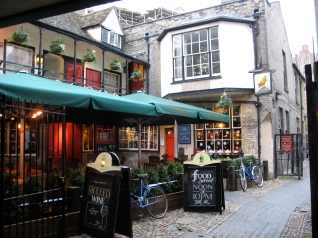 So even though I understand England has internet service, and I plan to post here and there during my trip, it’s best to rely on a few friends to steer around the rocks before, during, and after I go. After all, if I go drinking with Lucy who knows what’ll happen.

So that’s the plan. You’ve been warned.

Well in between my departure date and my return, I’ll be scheduling posts from the folks referenced above. DURING my trip, I’ll probably post some blogworthy stuff here but most of the fun stuff will appear on my Facebook author page, including any Facebook Live broadcasts Lucy and I do at the pub. After I get back, it’ll quickly get back to business as usual.

Damn, you ask a lot of questions.

But we’ll have another Word Weaver Writing Contest in July – details will be posted when it’s closer – and I’ll be releasing Angel soon. I’ve folded in some of the beta reader comments and the editor’s suggestions. (Pfft – no I haven’t. That’s what else I’ll be doing under the cover of guest blog posts.)

So Angel will come out and then The Water Castle needs a going over (you’ll all be asked to help with that) and I’ll be looking for TWC beta readers, and then we’ll release it. And a box set of my bestselling cookbooks will be released somewhere in there. And another illustrated children’s book, Stinky Toe. Then the FWA conference where I’ll be presenting, followed by (hopefully) completion of How Bear Saved Christmas.

Some of it will actually happen.

Anyway, if you made it this far through this borderline stream-of-consciousness post, all you need to know is: be nice to the substitute teachers and I’ll be back soon.