Actually, now that I’ve written that out, it doesn’t.

But I’m not changing it.

Joleene is a friend of the blog and a very creative person – as you’ll see.

And now… 14 Questions With Joleene Naylor (See? 20 does sound better.)

1.What is the working title of your next book?

Masque of the Vampire. It’s the eighth book in the paranormal Amaranthine series about…wait for it…vampires. Feel free to roll your eyes and go “Oh” now. That’s fine. Vampires aren’t for everyone, though I get tired of hearing “you joined the teen bandwagon” because my vampires are not for teens – and I’ve been writing them since before it was “cool”. I’m like the hipster of vampire writing without the glasses or infinity scarf. (Though I need glasses)

2.What makes you so damn interesting anyway?

Didn’t you see my hipster comment? No? Okay, truth is: Not a thing. I’m a pretty boring DIY-hide-in-the-house-with-my-cats-and-write-kinda-gal. Who watches anime. And collects Barbies. And likes rain better than sunlight. And used to speak a bit of Elvish. And at one time knew all the canon spells in the Harry Potter universe. Who is also afraid of monsters. And tornadoes. And drowning. And actually likes living in the middle-of-nowhere-Iowa with a sealed door to the underworld in her basement. Yep. Pretty boring.

Never. All the vampire stuff… I mean, wait. Vampires. Of course I had to make all of that up. Heh-heh. I’ve never seen a vampire. I know nothing. I said nothing. You saw nothing. Blah, blah, blah!

Pretty much none. I’m staring down the barrel of the ninth book – which may be the last in the series – and all I have is a list of things I need to wrap up. How that will happen is anybody’s guess.

5.How do you develop characters? 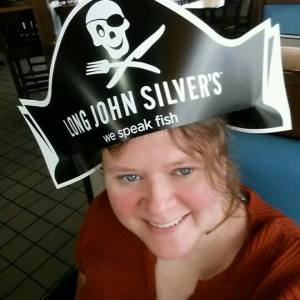 I don’t. They develop themselves. I just write what they tell me to. They’re a bossy bunch.

6.What’s something most readers would never guess about you?

I can’t swim. Readers would never guess it because it never comes up, but I can’t do it, and I’m happy that way. I’ve never felt my life was in any way limited by the lack of swimming. I also can’t roller skate, if you want to know.

Spaghetti. And hash browns. And when I feel like a splurge I like both in the same meal.

8.What’s the oddest or most awkward or embarrassing research you’ve had to do?

I once asked a cop if blood would stain a bathtub…

– I was concerned about whether there would be a ring after a character committed suicide and sort of stewed in it for a bit. The cop looked at me oddly, then said that if it was a new tub, no, but if it was an old tub with chipped porcelain it might. Luckily for my characters it was a new tub.

9.How has your experience with editors been (you can name names if you liked you editor)?

I have an awesome set of editors and beta readers that I’ve slowly assembled over the years. Sharon Stogner of Devil in the Details Editing gets a special shout out for her awesomeness. Not to say the rest aren’t awesome, but she’s the one with the cool website business. She always finds little pot holes that I need to fill up. I can’t recommend her enough.

10.Which is the more important of these two: write drunk, edit sober?

Edit sober. I’ve read too many books that were edited drunk and they’re terrible. Okay, I don’t know if they were really edited drunk, but with typos, missing words, repetitive sentences and plot holes, they sure seemed like it. This is why I stress editing so much.

11.Which living author or blogger would you buy drinks for?

There are so many I’d have to throw a party. Some of the guests would be DM Yates, Tricia Drammeh, Maegan Provan, Barbara Tarn, LC Cooper, CG Coppola, Rodney Johnson, Matthew Rattsifer, and Steve Evans. And I can’t forget Sharon Stogner. She gets a HUGE drink, with an umbrella and a zombie sheep on the side.

12.Why do some authors sell well and others don’t? (Indie or otherwise, but indie if possible) 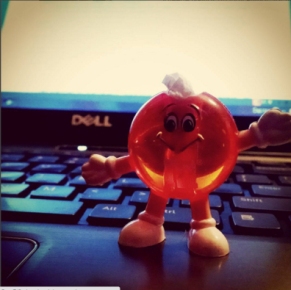 I think it’s mostly luck. I’d say some skill is involved, but then we have Fifty Shades of Gray to ruin that assumption, so it lands it on luck and advertising dollars. If you can get a million people to read your book, even if half don’t like it, BOOM! You’re a mega best seller with a massive following because half a million readers is still huge. Not to say some best sellers don’t deserve it, because they do, just as many who deserve it never make it (see that list of authors I’d invite to my party!)

13.Who or what helped you the most getting started?

Two friends. One encouraged me to finish the book(s) and did massive, massive, massive amounts of editing to make it readable, and the other convinced me to go ahead and publish it. He even set up the manuscript in book form and made a sample webpage and worked on the back cover copy. To this day I use his copyright page and the basic layout template for the paperback versions.

14.What do you think some of the greatest misconceptions about indie authors are?

That we make money. Okay, I should change that to “enough money to do more than buy a cheeseburger”. Especially if we spend any money on promotions or the book itself (editing, formatting, etc.) Sure, there are a few making it big, but 90% of us don’t, so if you’re thinking of writing to get rich – don’t bother. Write for the love of sharing your story, or for the enjoyment of your readers, and forget dreams of millions.

Here are a bazillion links: