We also interview friends just to see what’s up.

Which is this? Beats me. Read on and decide for yourself as I sit down with Anne Marie Andrus and talk writer stuff.

Thanks for joining us. Are you back in full swing after the holidays? I seem to be dragging – a common post holiday affliction for many writers.

If you’re anything like me, very little writing takes place over the December holidays. However, the first months of each year are my time to take a deep breath and center my writer’s soul. Okay, reality check, I try to chart a general direction so I’m not crashing into walls and tripping over cats.

Yeah. Freaking cats. They live to cause falls.

Get us up to speed on you, then.

Last winter, I was putting the finishing touches on my recently published novel, Monsters & Angels. Since it was my first novel, I readily grabbed the advice doled out by internet groups and well-meaning (maybe) people and searched for beta-readers, critique partners and editors. Some of these new relationships were extremely helpful. Others…let’s just say, not so much.

You were in our writing contest, too, and on the blog. How’d that happen?

I’m not sure how I stumbled across Dan’s blog, but entering the first Word Weaver Writing Contest in April 2017 was an incredible stroke of stumbling luck. I entered two contests and was so honored to place second in both. Having two stories accepted for The Box Under The Bed anthology was thrilling…and it gets better!

That was fun. The Box Under The Bed helped a lot of unpublished writers become published authors, and working with them was a blast. 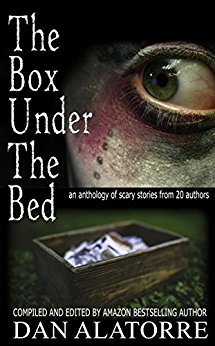 Dan’s critique style is such a great match for my writing. No judgement, just honest insights and suggestions that make you know he read your story, and he’s rooting for you to succeed. He’s also quite funnyand I’ve found myself crying/laughing at his comments.

Okay, and then you were inspired to pen another story that you’ve recently completed, right?

Last weekend, I wrote a tentative “The End” on my newest novella, The Vampire Raimond. I was so excited that I told everyone about it in the comment section of Dan’s Give Yourself A Pat On The Back blog post.

Dan’s answer, “The End is the beginning of all the hard work.”

The difference this time, is that I’m excited to rip it apart, rewrite and put everything back together. I want the story in my mind to leap off the pages and grab the reader by the throat.

Why is that, anyway?

I’ve always been drawn to the Paranormal and believing in what others say is “just in my mind”.

“I haven’t had any earth shattering ghost encounters, but working the hospital night-shift for all these years, absorbing energy is inevitable.”

Sure, there’s tragedy and grief, but there’s joy and freedom too, if you’re open to it. Compared to daylight hours, hospitals appear pretty empty overnight. But, many times when I’ve been “alone”, I’m positive I’m in quite a rowdy crowd.

I’m also in love with love, so all my stories have an element of romance, family bond or random kindness that transcends obstacles and time.

Where do you write?

During the day, I write at my dining room table. It’s a little bump-out of windows with a very New Orleansy chandelier overhead. At night, I write on the sofa, in front of the TV. After all these years, my husband is finally used to me ignoring him, but I also miss everything happening on the screen. He may or may not be tired of my questions; “Wait, what just happened?”, and “Who’s that guy?”. I know he’s sick of, “I don’t get it.”

Pfft. I do that and I don’t even have that excuse.

What about any writing rituals?

The original ideas for my vampire cast were born deep in the frigid darkness of winter nights. Waiting for snow is an impractical strategy to finish a novel. In the summer (it needs to be super-hot and humid for this to work),

“I turn off the air-conditioner, open all the windows, light my favorite New Orleans candle, brew coffee and turn on some jazz in another room. Almost the French Quarter, in New Jersey.”

I’ve been to New Orleans (“Nawlins” to the locals) several times and I love it; why does the crescent city hold such a fascination for you?

That question alone, could send me spinning into oblivion. Forever. 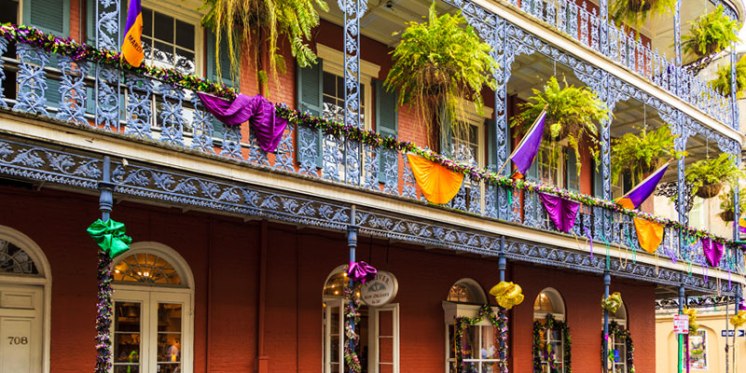 John Goodman once said, “Someone suggested that there’s an incomplete part of our chromosomes that gets repaired or found when we hit New Orleans. Some of us just belong here.”

I’ll be repairing my DNA again in April.

Which character in any book or story of yours is closest to you in real life?

Sorcha Alden in Monsters & Angels, began as a fantasy-me, but she grew much stronger in character than I could ever aspire to. When I created Holly Hannon in Cobalt Point, I incorporated as much Jersey Girl attitude and sarcastic inner voice as possible.

I liked both of those characters. Strong voices came through in each, but they were very different.

Have you ever based a character on any real people (not counting yourself)?

Most of my characters have at least echoes of people I’ve met in real-life. Some are well-guarded secrets, but two of my friends know I borrowed from their awesomeness.

The first is my neighbor, Lynn. Her character inspired the Dragon Lady who guards the basement of Normandie Hall in Monsters & Angels. Just like the fictional bloodline of Roussel witches she belongs to, real-life Dragon Lady is strong, mysterious and once she decides you’re worthy—loyal forever.

I know I mention my long health-care career often. I’m 49, and I started off as a candy-striper when I was 14.

Wow. You found your first calling at an early age!

It’s obviously been a tremendous influence on my life.

“I’ve learned that there’s no shortcut to experience and no magic pill for compassion.”

Sadly, I have to keep re-learning that. I wanna have the knowledge that comes with experience right away.

My second inspiration is one of the spectacular nurses I’ve had the pleasure to work alongside. If anyone embodies the soul of Sorcha Alden and her unwavering commitment to honor life and death in the face of adversity, it’s Marilyn.

Vampire stories tend to have a bit of a reputation – deserved or not. What’s your take on sex or violence in books? How much do you go there when you go there?

I don’t especially like reading or watching super-graphic sex scenes, so in my writing I aim for romantic and sensual while leaving the rest to individual imagination. I think that kind of storytelling is an art…and a work-in-progress.

My current series is vampire-centric, so violence is kind of unavoidable.

“I’d like to think that I’ve added enough of my own spin to break away from the cliché, and make my story stand out.”

I think that’s the trick. Give readers enough of what they are familiar with and expect, but be unique, too. A tough challenge.

Which character is your favorite from any book or story?

I’ve been asked this question before, and my answers have varied. Of course, I love my main characters but when I need to develop one of my secondary characters (I probably shouldn’t call them that), I fall in love with them and write as if they’re the stars of the show. I’ve focused on Steven Banitierre before, now it’s Ivori Journe’s turn to shine.

Who are your favorite authors to read?

Reading Anne Rice’s novels was my introduction to the New Orleans and vampire genre. My current, favorite authors of the paranormal are Alys Arden of The Casquette Girls series, Victoria Clapton of The Binding series and Magali Frechette, author of My Soul to Give.

What’s something people would never guess about you?

If I concentrate hard enough, I have a photographic memory.

Good! Because there will be a quiz on this interview later.

Gang, I love Anne Marie’s writing. She’s an amazing storyteller, and having her in our writing contests and anthologies has improved the quality of both.

Be sure to check outMonsters & AngelsNOW – and then come back and tell us how good it is!

12 thoughts on “Where Does Your Story Come From? 20 Questions With Author Anne Marie Andrus”